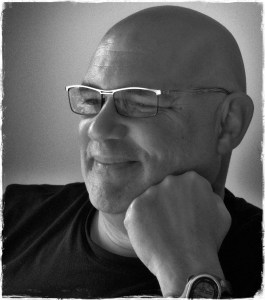 Steve Rowland has spent a career using music, theater and art as windows to explore issues in American history, society, race relations, human creativity, spirituality, aesthetic beauty, the nature of change and human possibility.  He is one of the most accomplished music documentarians in the United States. Rowland has produced over 50 hours of radio documentary work since 1987. All of his projects are based on extensive oral histories. He produced the 11-hour documentary “Leonard Bernstein: An American Life” which is narrated by Susan Sarandon. It is based on over 100 exclusive interviews Rowland conducted with colleagues of Bernstein and mountains of archival material.

He also created the acclaimed 8-hour “Miles Davis Radio Project”, hosted by Danny Glover, a 5 hour documentary on John Coltrane called “Tell Me How Long Trane’s Been Gone” and individual 2-hour documentaries on a number of American icons, including: “Carlos Santana: Music for Life”, hosted by Edward James Olmos; “Patti LaBelle: Gospel into Soul”, hosted by Whoopi Goldberg, “Frank Zappa: American Composer”, hosted by Beverly D’Angelo, and “Hip-Hop 101: On the Road with the Roots”, hosted by Chuck D. His work is in the permanent collections of The Library of Congress and the Museum of Television and Radio.

He has won nearly every award in radio including 2 Peabodys, a Pew Fellowship in the Arts, Prix Italia, Armstrong, Ohio State, Corporation for Public Broadcasting, New York Festival and most recently a 2012 National Arts Journalism Award. His work has been funded by The Corporation for Public Broadcasting, The National Endowment for the Arts, the National Endowment for the Humanities and several national foundations.

Rowland has taught at Columbia University, teaches Shakespeare workshops in prisons, has lectured at dozens of schools and universities including Columbia, CUNY, Princeton, Syracuse, and is past President of AIR, The Association of Independent Radio Producers, and ran the AIR Mentoring Program.  He also created and hosted one of the country’s first World Music radio programs 1980-1984.

Rowland turned his attention to Shakespeare in 2005 after being shaken by Al Pacino and Jeremy Irons in their film version of The Merchant of Venice.  Returning to film/video, he has conducted over 250 interviews with directors, actors, scholars and prisoners.  He currently lives in Seattle and volunteers as a Shakespeare instructor at Monroe Correctional Facility and is building a new non-profit called “Shakespeare Central”, believing that Shakespeare Changes Lives.

He is also working on two films – “Time Out of Joint: Teaching Shakespeare in Prison” currently being edited — and a profile of Dr. Irena Hausmanowa-Petrusewicz, a Polish Jewish neurologist who survived WWII to help modernize Polish medicine under the Communist regime, currently in development.  Dr. Hausmanowa-Petrusewicz died in July, 2015 at age 98, Rowland and his son Cameron Rowland conducted her oral history in 2014.

Rowland attended Yale briefly and holds an undergraduate degree in ethnomusicology and film production from Temple University and received an MBA from Columbia University in 2001.